Art Ramble in the Woods was last week, and truthfully, I wasn’t expecting a lot of traffic. Loon’s Moon Studio, where Deb Albrecht and I were set up, is pretty far out in the pickers. It’s off Stohlberg Road, which is so small that you can’t even call it tertiary, much less secondary, and then 32nd Street is a quarter mile long dirt driveway that goes all the way down to Tallman Lake. It’s absolutely lovely once you get there, and Joan’s gourd art is sublime, of course, but there’s tall grass, a downed tree and mobile home trailers mixed in with the cottages and cabins, so a pretty unusual spot to have an art show. 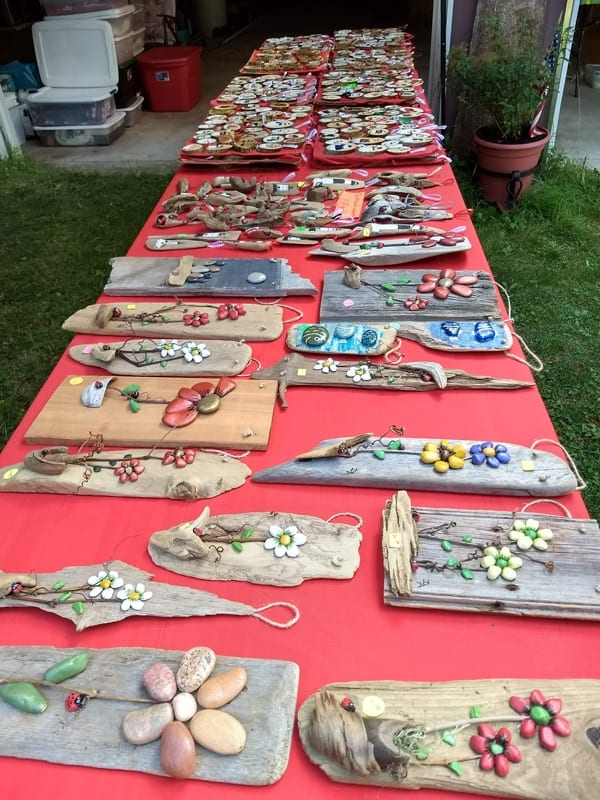 Laurie and Craig’s place, The Art Full Codgers Gallery, is a bit easier to find and Lonni Pratt’s The Art Shack is right around the corner from them. Of course, without Laurie’s terrific signage, we’d all probably still be out there, twiddling our thumbs and wondering where everyone was!

It sure was heartwarming to see how many people came out for the event. They drove in steadily in ones and twos all weekend. I’d ask them, “How did you hear about us?” and they’d say, “Well, we were curious about all those green signs in the neighborhood,” or “We saw the story in the paper,” or “It was all over Facebook,” which was really great to hear, because everyone worked their butts off to advertise this show. 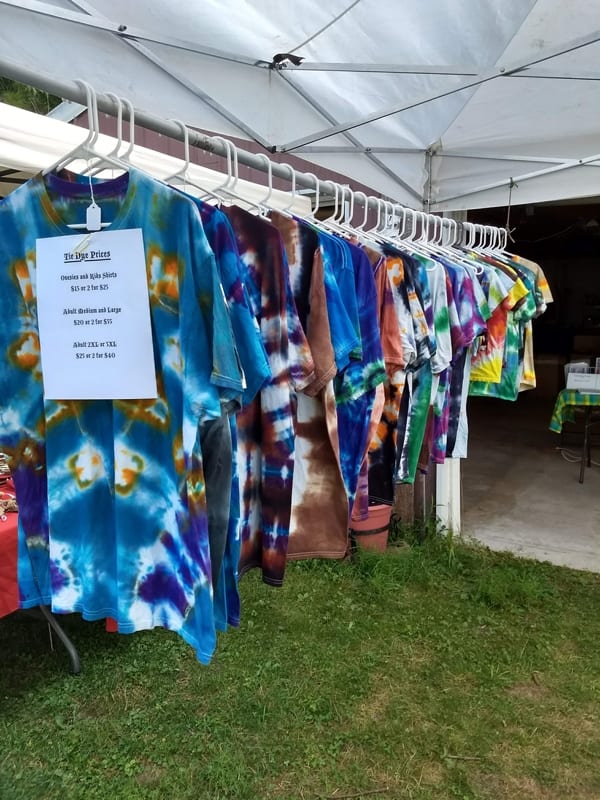 Art shows are up against some tough competition any time of the year, but especially in the summer. People are busy. There are reunions, weddings, vacation plans and just a lot of regular ol’ stuff, you know? So it was sweet to see people come out to say hello and even buy some art.

And then this happened: Saturday afternoon we were standing around, talking with some folks who’d come all the way out from Baldwin, when we heard noises coming from the lake. There were loons calling and when they started getting louder and more frantic-sounding, we quickly walked over to the water’s edge to see what all the fuss was about. High over the lake was a bald eagle, which was pretty cool all by itself, but it turned out he was interested in some loon chicks that were out swimming with their parents.

We watched, spellbound, as over and over again, the eagle dove down towards them. One adult loon stayed with the young ones, and whenever the eagle got too close all the chicks would dive under the water.

The other adult loon positioned itself about twenty feet in front of the family, between them and the oncoming eagle. At the last moment he would rise up out of the water, trying to knock the eagle down or off course. (We learned later that if the eagle got his wings in the water, he’d be at the mercy of the loons, because he wouldn’t be able to easily take off again.)

It was pretty intense to watch, and, unlike a television show, we didn’t know how long the loons would be able to fend off the enemy. He was so huge compared to the tiny loons. Eventually though, the eagle called it quits and flew off over the trees. Whew! The loons were safe, but the drama lasted for several minutes and it was truly one of the most awesome things I’ve ever seen. I’ll never forget it.

I guess you just never know how things will turn out. But if you try really hard and work your butt off, sometimes fantastic things happen. I’ll never forget all the love we got last weekend and the drama on Tallman Lake was the perfect capper to a wonderful weekend. Thanks again, from the bottom of my out-in-the-pickers heart. 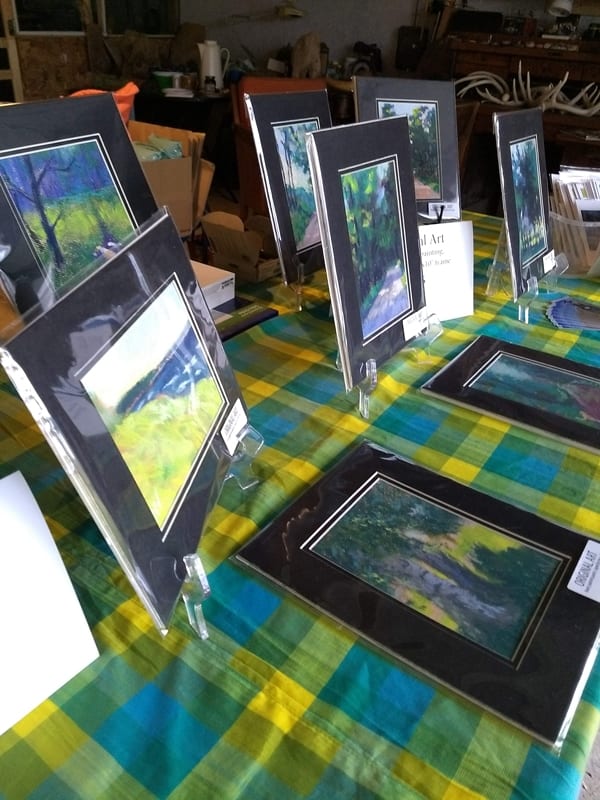