I promised myself to do more plein air painting this summer and so last weekend I brought along my backpack full of pastels when I went walking in the woods with my dogs.

I really like going out into the Manistee National Forest. You can see deer and chipmunks, porcupines and ‘possums. There are tons of birds calling. Sometimes I whistle back to try to lure them in closer so I can identify them. I take pictures of everything that catches my eye. Bees buzzing on the roadside flowers, the way the sky angles down to crack open the tree line, a 2-track wiggling around a corner. It’s peaceful, relaxing, meditative. The perfect start to a weekend.

I drove to a nearby intersection in the woods just off south Walhalla Road, spritzed myself and the dogs liberally with bug spray (it’s never not deerfly season), and traipsed down the path. All too soon I heard the telltale whine of a small engine and quickly led the dogs to one side. We watched as a dirt bike zipped past us. “Haha, that was close,” I thought.

A bit later, I heard the sound of a dirt bike again. We stepped off the two-track but this time there were two bikes instead of one. I couldn’t tell whether or not either was the same person as before but I decided that probably the first one had met up with the second one and they were out exploring the woods together. Kind of sweet, really. One of them even waved at us.

Within ten minutes they were back, going the other way, only now there were three of them! Hmm. It was getting kind of busy out in the woods. I considered going back the car and calling off my plein air practice day. Were dirt bike riders more aggressive in groups?

I kept on, though, determined to get a painting day in. A couple more times I thought there were bikers coming but it turned out to be just the echoes of their engines as they criss-crossed the trails all around us. We waited in the tall grass, listening to what sounded like a veritable hornets’ nest fading away in the distance.

Eventually, I found a spot to set up. It was beautiful, the morning sun dappling the ground, kissing the ferns and foliage all around. A perfect place to paint.

I tied up the dogs far enough off the path to keep them out of harm’s way and unpacked my kit. Where to start? I picked a scene with sun coming through the trees and lighting up the forest floor and began to do a black and white thumbnail sketch. Then I taped a piece of paper to my foam board and began blocking in my painting. 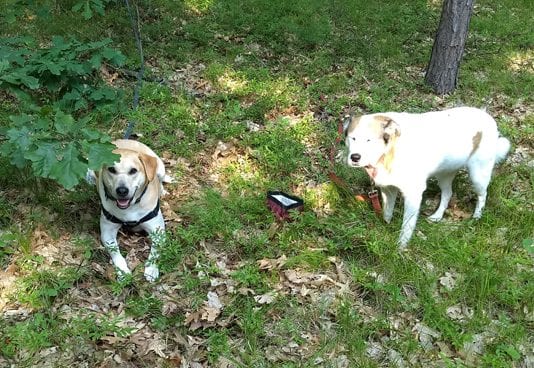 Within ten minutes I heard the now all too familiar buzz of approaching bike engines. Skipping to one side, I counted riders as they zoomed past. One, three, seven, eight! Where were they all coming from? Was there a spawning ground around here?

Increasingly nervous, I quickly finished my first study, stopping and listening every few minutes, in case I needed to move off the path again. For the next study, I lost my meditative groove completely, went right past the preliminaries, and dove straight into the painting. Another group of riders whipped by, leaving clouds of dust and two-stroke exhaust in their wake.

I decided to pack up and get out during a lull. Should I try to make it to a main road and walk back to my car from there? Except it would add another mile or two to my hike and all I really wanted to do now was go home where it was quiet and have a cup of coffee. I shortened the leashes and we quick-marched back the way we’d come.

I saw three more sets of bikes before I got to the car, one with a go Pro camera on his/her helmet. I wonder if I’ll make the final cut?

In hindsight, I should have been painting dirt bikes all along, of course, since that’s what was the most plentiful thing out there, but it was my first time. I was nervous about drawing their attention, so to speak.

At least I managed to get a picture. Here’s Dirtus Bikus Plein Airus Interruptus out in the wilds of Fountain, Michigan. Ride on, you magnificent brute, ride on. 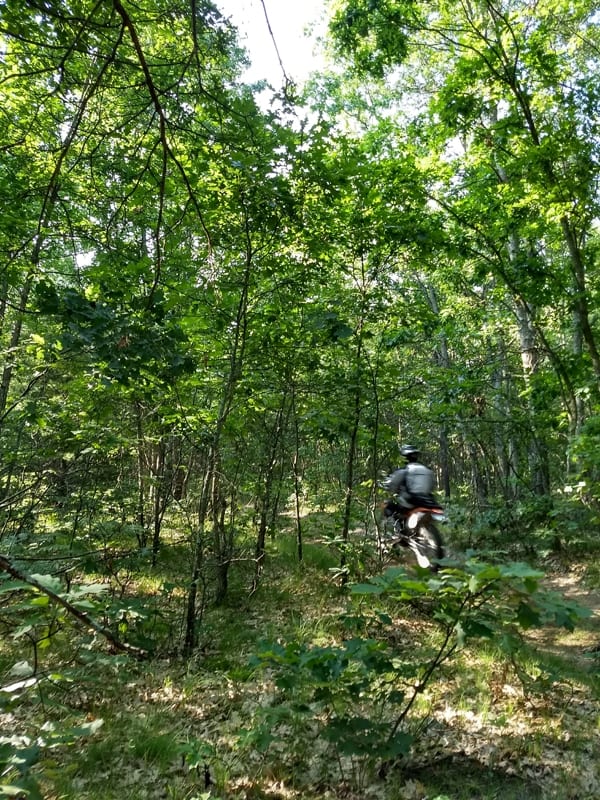 Oh, and here are the two studies I managed during my Saturday morning paint out. The art life is full of adventure, isn’t it? Who knew? 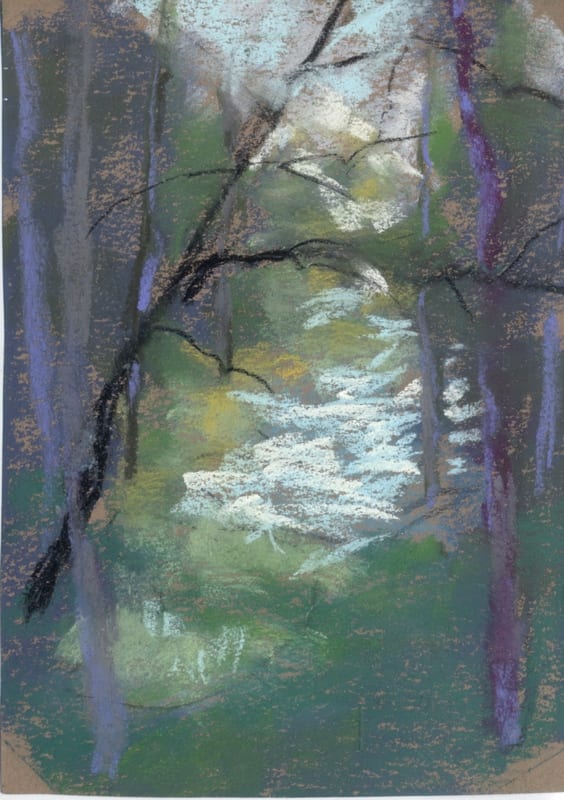 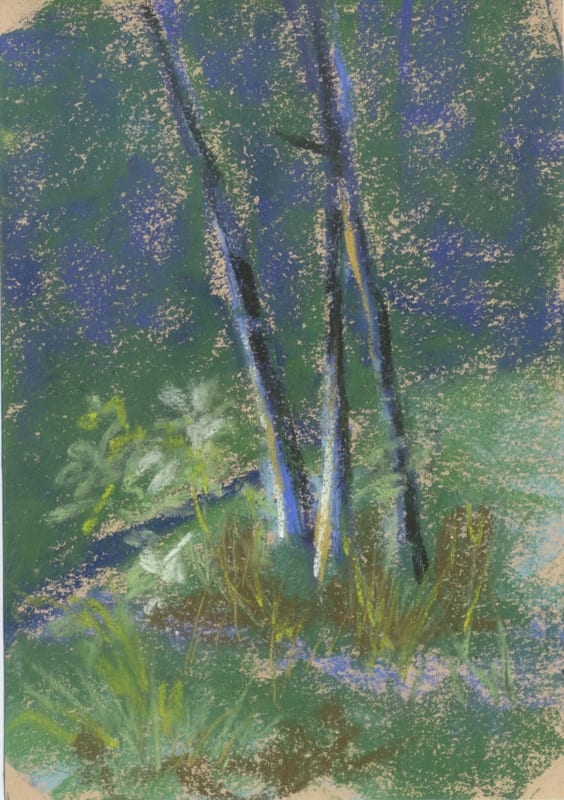 Do you like my writing? Want to keep up with my arty adventures? Get deals on my cards and prints? Sign up for my newsletter! Share my stuff with your friends! And thanks!