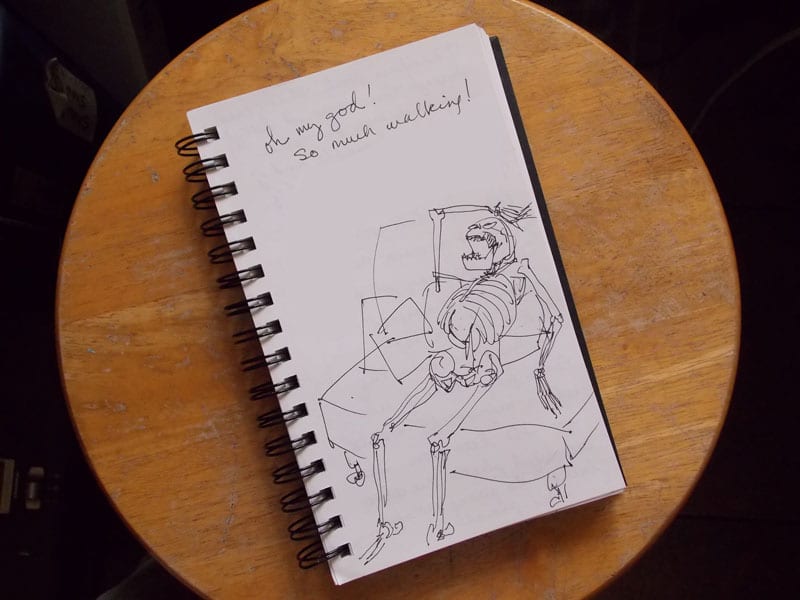 I am recovered, barely, from walking up and down St. George Street and surrounds in St. Augustine last week, delivering art show postcards to anyone who would take them from me. Specifically, hotels, restaurants, shops, galleries, just anyone whose door was open, I walked in and said, “Hello! I’m having a Skelly Art Show at The Red Sable through the month of October and I’d love it if you could come.” This prompted one of three responses:

Coincidentally, this turned out to be a great way to narrow down my target market. What I found out is, they’re younger than I thought. Generally, the older the people were, the less interest they had in skeletons. The younger, the more likely they were to ask me for a stack of cards to give out to their friends.

It wasn’t hard to do, either, going door to door. It was just a lot of walking. And smiling. And talking, which, after about hour two, you have to take a break. So I sat down at a little table at the Bunnery and had an iced mocha with whipped cream on top and sketched out a little skelly who knew just I felt at that moment.