It’s a nice problem to have, right? They’re running out of my 5×7″ skelly cards at the Starving Artist. I was going to just put a bunch in the mail to them for re-stocking but realized the web address on the back is my old blog address and I’m posting on a new one right here. So then, since I had to make a change anyway, I thought I’d slap a big fat picture of me on the back, too.

This is the one I picked: 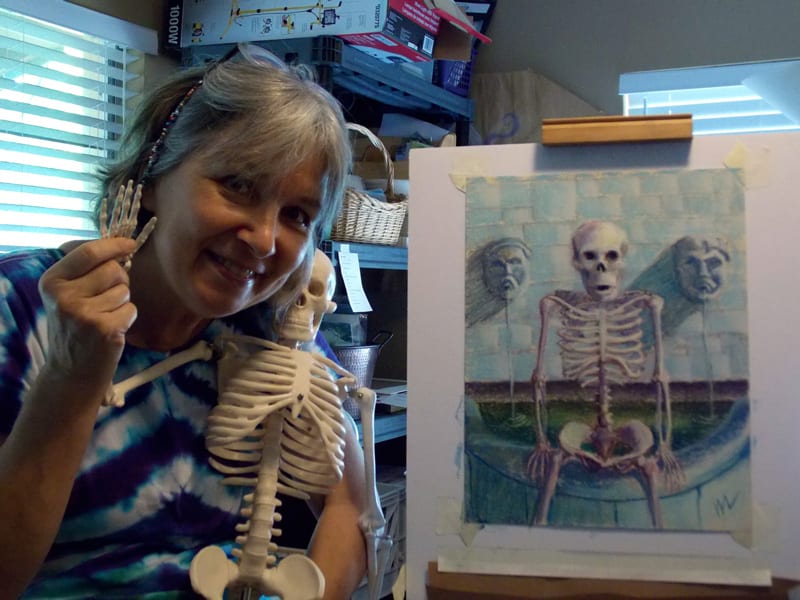 And here are the outtakes:

Skeleton facing the wrong way Now he looks like he’s being held captive by a mad woman. Whoops, little too excited with the waving there. Just no. Little too much distance between me and my beloved and the easel and I look like I’m giving him a hand massage.

It’s kind of hilarious hitting the timer and then grabbing a slippery skeleton and trying to make it and myself look friendly. But I think I got it done. What do you think? Different photo? Maybe I should just make it a picture of the skeleton with pastels in its hands… Or passed out next to a bottle. Oh, the possibilities are endless!

One thought on “New mascot picture”